Guinea pigs are popular pets all over the world, and their playful and friendly nature makes them great companions. One thing that a lot of guinea pig owners want to know is whether or not guinea pigs see color.

The answer to this question isn’t as straightforward as you might think. In this article, we’ll explore what we know about guinea pig vision and try to answer the question: can guinea pigs see color?

Guinea pigs have two types of cones in their eyes, which allow them to see a range of colors. However, they may not be able to see all colors as vividly as we do. For example, they may have a problem distinguishing between similar shades of green or blue. 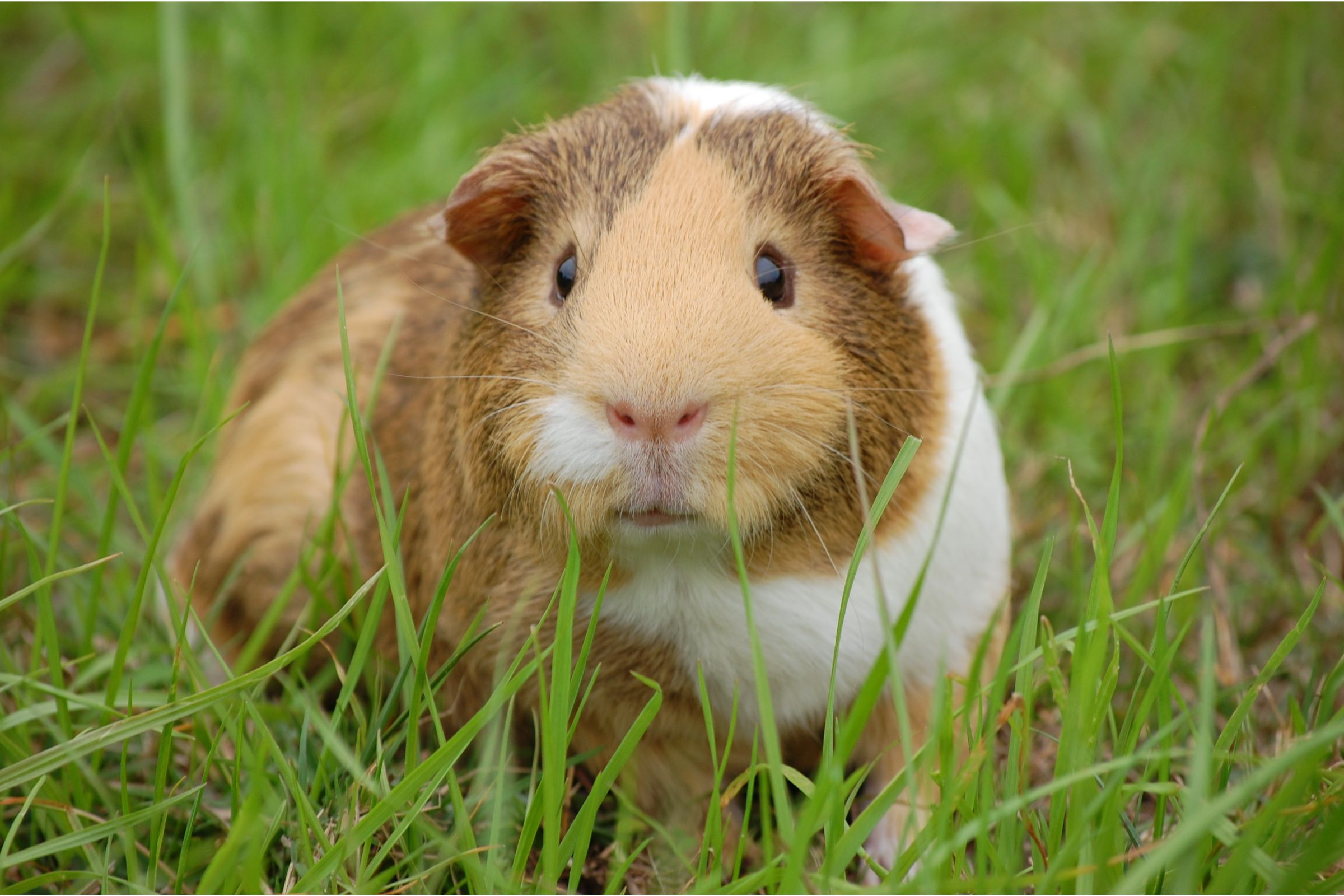 One study found that guinea pigs could distinguish between different colors, but they had trouble discriminating between similar colors.

This suggests that guinea pig vision isn’t as sharp as ours, but they can see a range of colors.

What colors can a guinea pig see?

Guinea pigs can see a range of colors, but their favorite colors are probably green, yellow, and blue. These are the colors that they can most easily distinguish from each other.

Red is another color that guinea pigs can see, but it may not be as bright to them as it is to us. In fact, all colors may appear to be a bit muted to a guinea pig.

White and black are also colors that guinea pigs can see, but again, they may not be as contrasty as we see them. 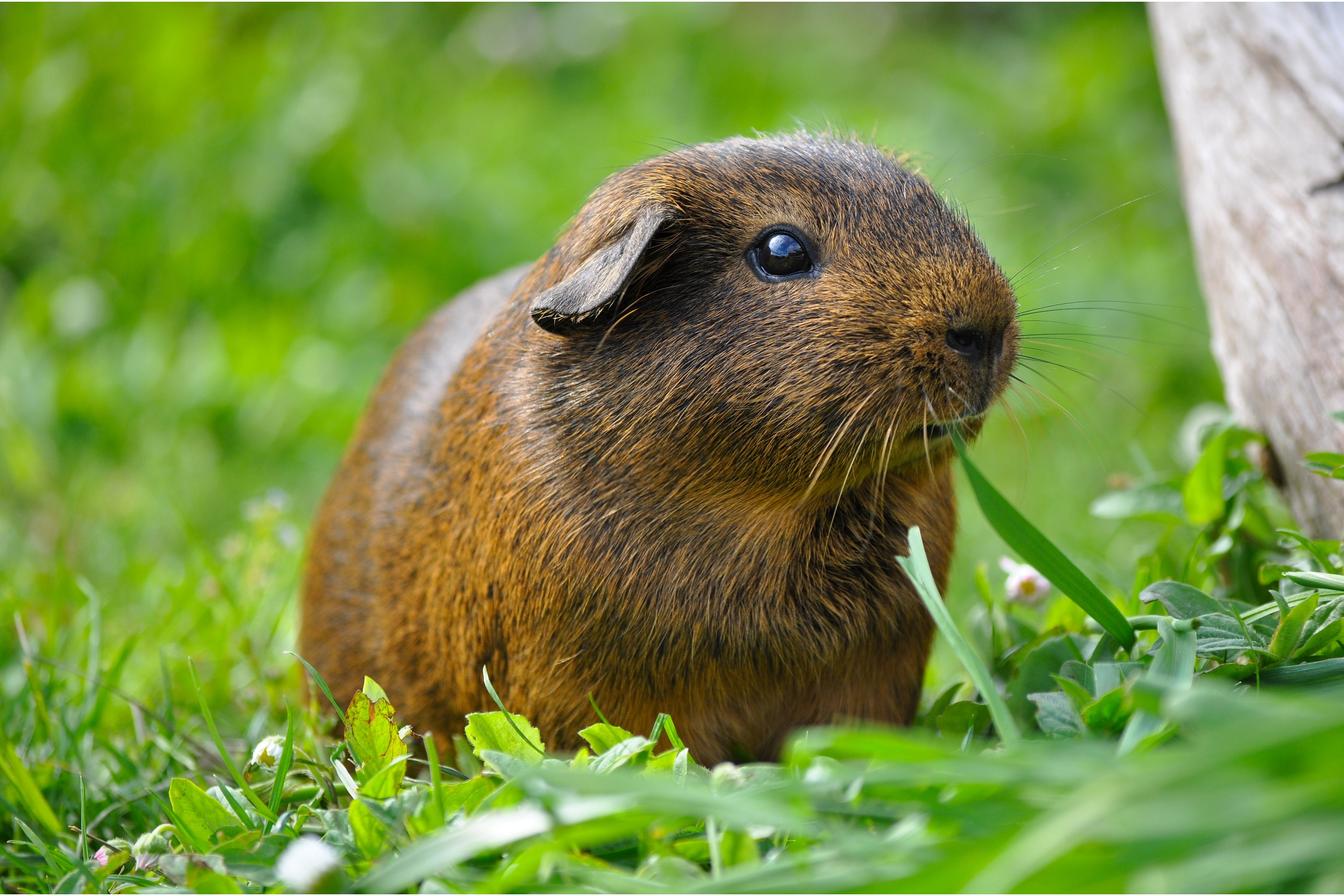 What are the colors that a guinea pig can’t see?

There are two colors that a guinea pig can’t see: purple and pink. These colors are outside of the guinea pig’s color spectrum.

This doesn’t mean that your guinea pig will never see these colors. If you put a purple or pink object in front of your guinea pig, it will be able to see it, but the color will appear as a different color to your guinea pig.

Are guinea pigs blind in the dark?

Guinea pigs sleep during the night, and they are active during the day. Unlike many other animals, they do not have good night vision. This means that guinea pigs cannot see well in the dark. 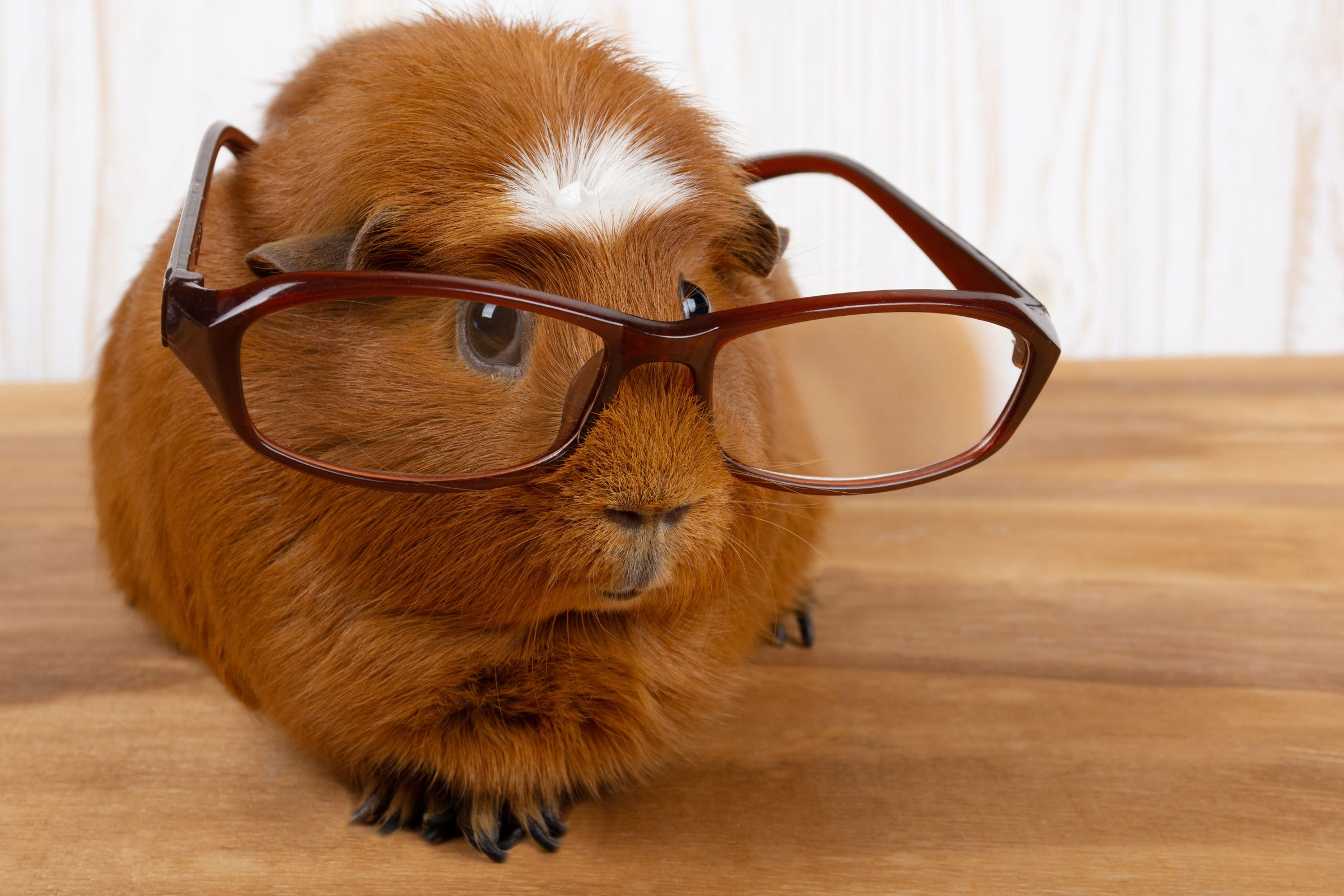 Additionally, guinea pigs can feel vibrations through the ground, which helps them to avoid danger.

As a result, guinea pigs are not completely blind in the dark, but they do rely heavily on their other senses to navigate their environment.

What do we know about guinea pig’s vision?

Guinea pigs are perceptual creatures that engage all of their senses to understand their environment.

A guinea pig sees the world much differently than you do, and once you understand how guinea pigs see it, you can create a better environment for them.

Their color vision is not as sharp as ours, but they can see a range of colors, and they are definitely not color blind. 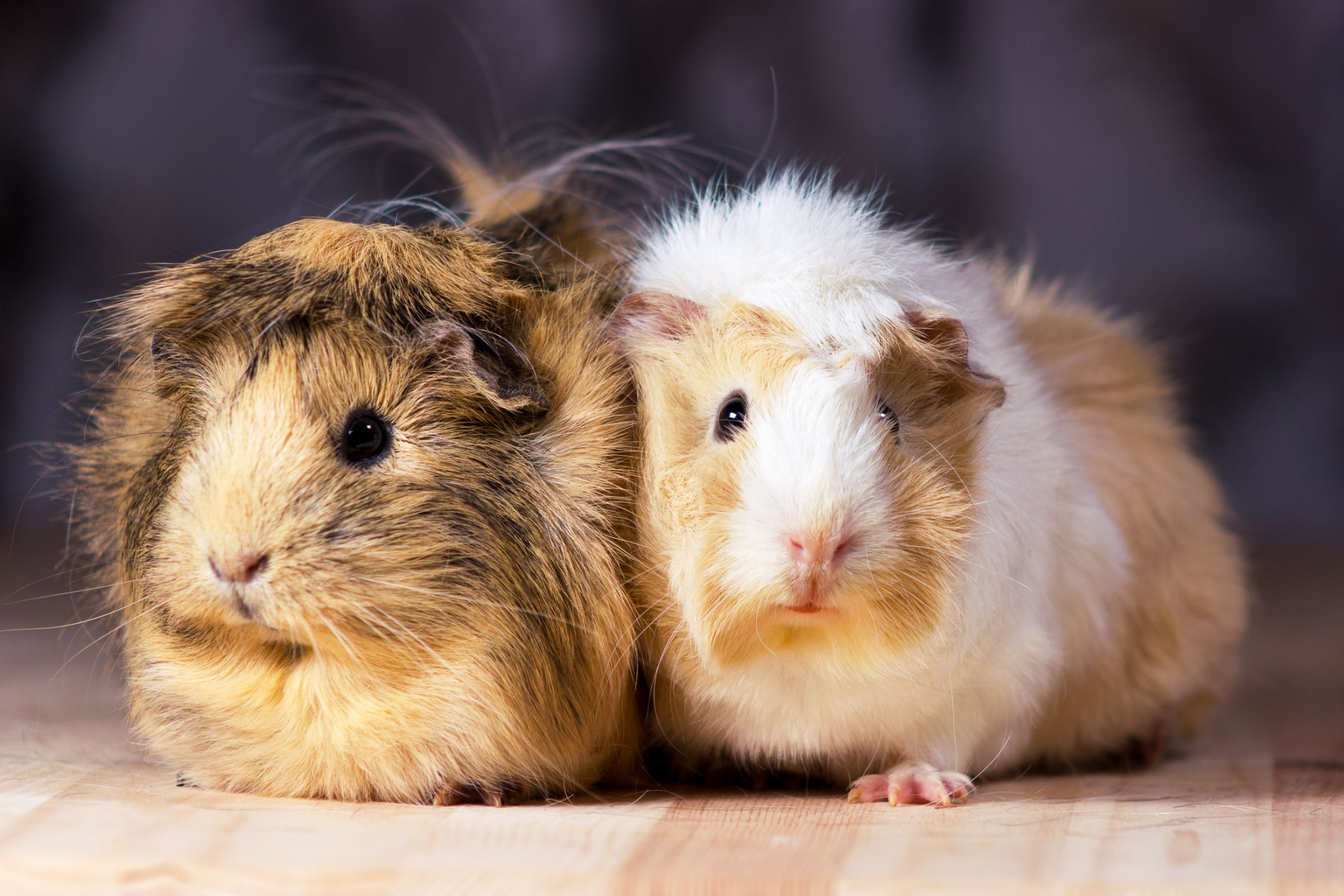 Guinea pigs cannot see well in the dark, but they use their other senses to navigate their environment.

On the other hand, what they lack in eyesight they make up for in smell and hearing. Guinea pigs have amazing senses of smell and hearing and use these senses to help them understand their surroundings.

Now that you know more about guinea pig vision, you can create a world that is rich and stimulating for your furry friend.

How do guinea pigs see food?

Guinea pigs have very different eyesight from humans. For us, our vision is focused on our eyeballs moving in their sockets.

This isn’t the case for guinea pigs; their eyeballs are static, meaning that they can’t move their eyes to focus.

Instead, they have a transparent layer at the front of their eye, called the cornea, which bends the light that comes into their eye. This means that Guinea Pigs see food best when it is close up to them. 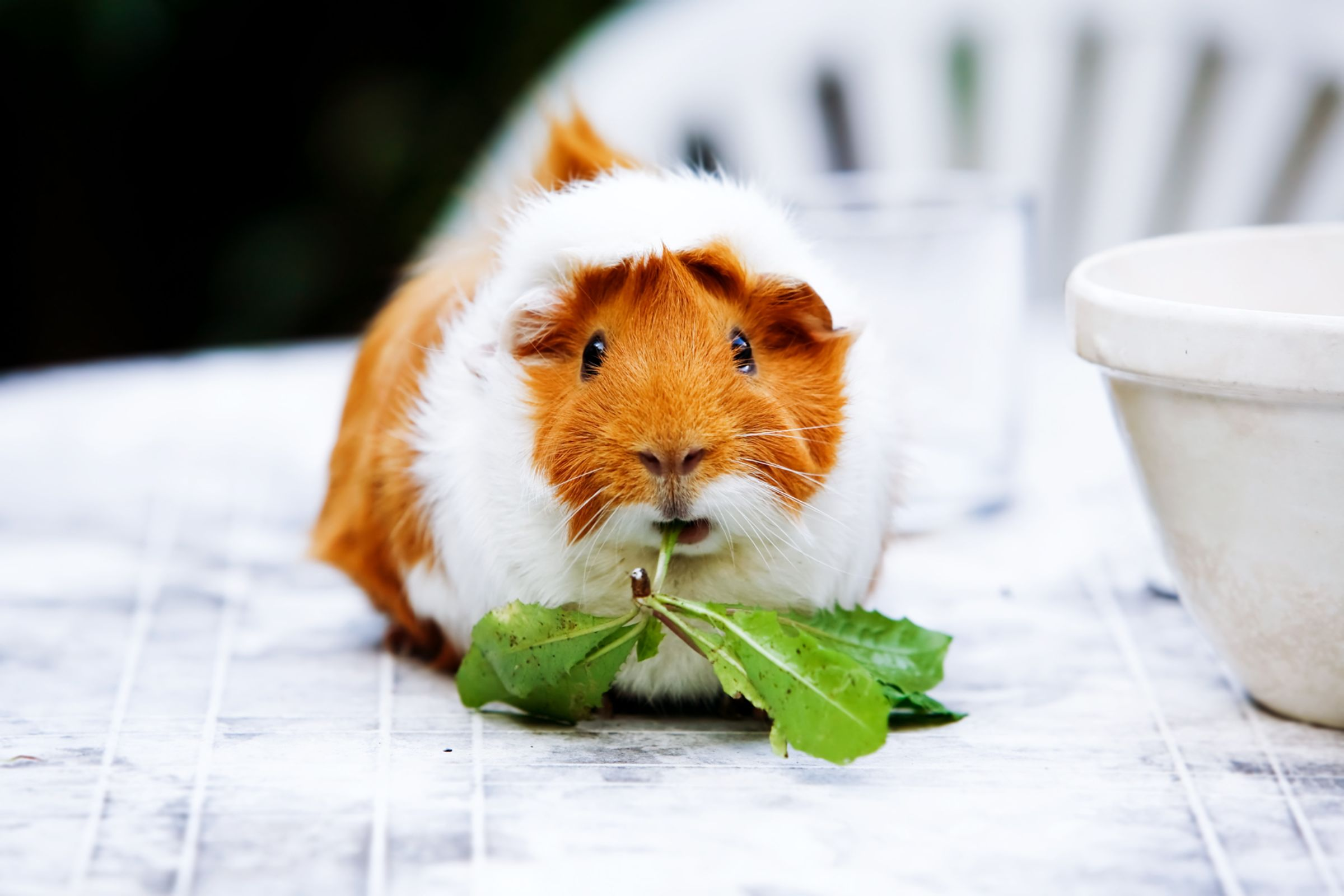 So, if you’re wondering how your guinea pig sees its food, think about what things look like close up to your own eyes!

In addition to this, guinea pigs have very good peripheral vision. This means that a guinea pig can see things that are not right in front of it very well.

This is because their eyes are located on the sides of their heads. Guinea pigs are prey animals, so this is helpful when they are looking out for predators or other animals that might be a threat.

Why do some scientists think guinea pigs have poor eyesight? 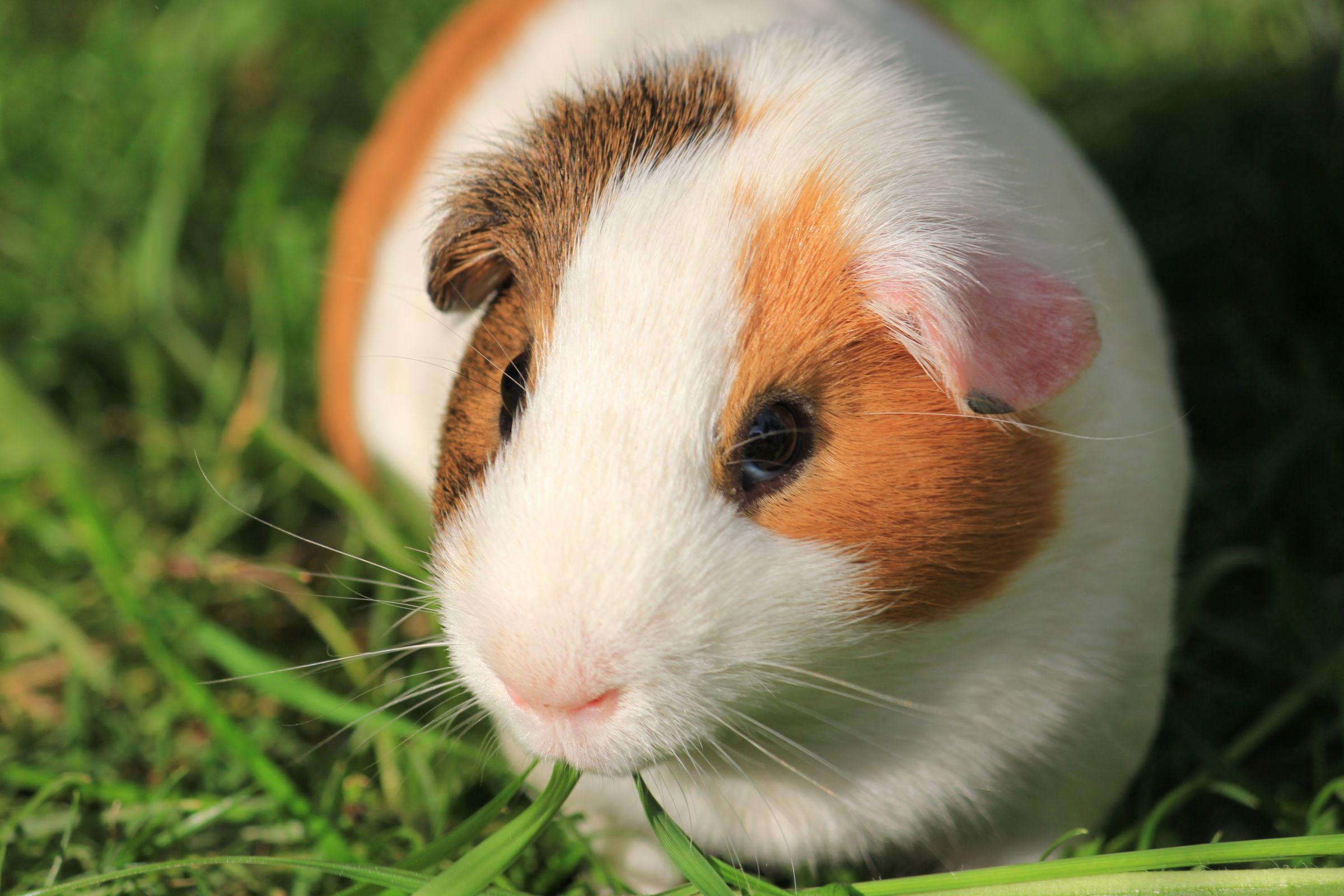 It is a fact that guinea pigs don’t have good eyesight, and that their color vision is not as sharp as ours.

One reason is that their eyes are set far back on their head. This makes it difficult for guinea pigs to see anything that is close to them.

Guinea pigs also have poor depth perception. This makes it difficult for them to judge distances accurately.

All of these factors contribute to the poor eyesight of guinea pigs.

What are the most common guinea pig’s eye problems?

There are several eye problems that are common in guinea pigs.

One of the most common is called conjunctivitis, which is an inflammation of the tissue around the eye. This can be caused by a bacterial or viral infection, or by allergies. 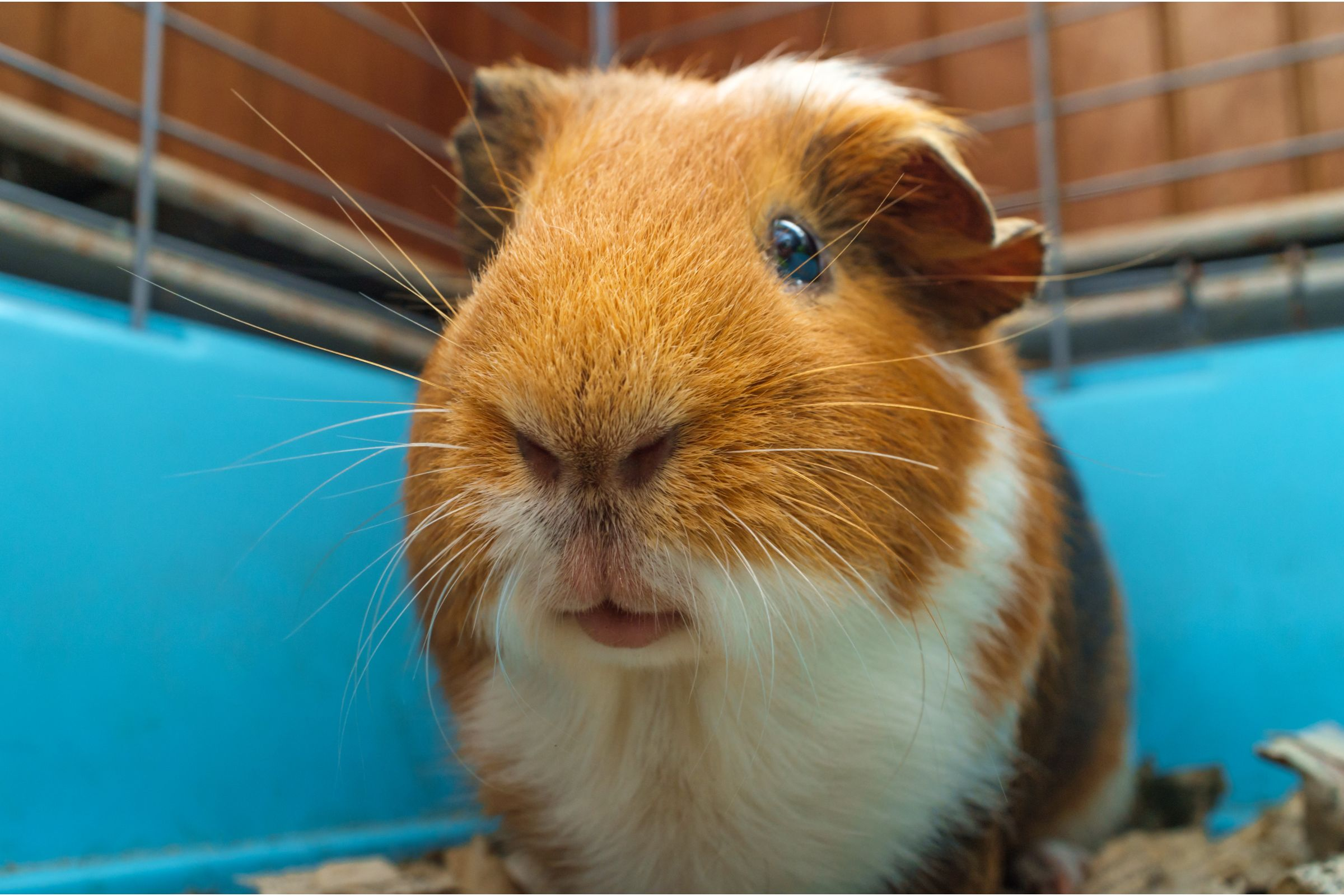 Other common eye problems include corneal ulcers, which are sores on the surface of the eye, and glaucoma, which is a buildup of pressure in the eye.

If you notice any changes in your guinea pig’s eyes, or if your pet seems to be having trouble seeing, you should take it to the vet for an evaluation.

How to make your guinea pig’s sight better?

There are a few things you can do to help your guinea pig see better. 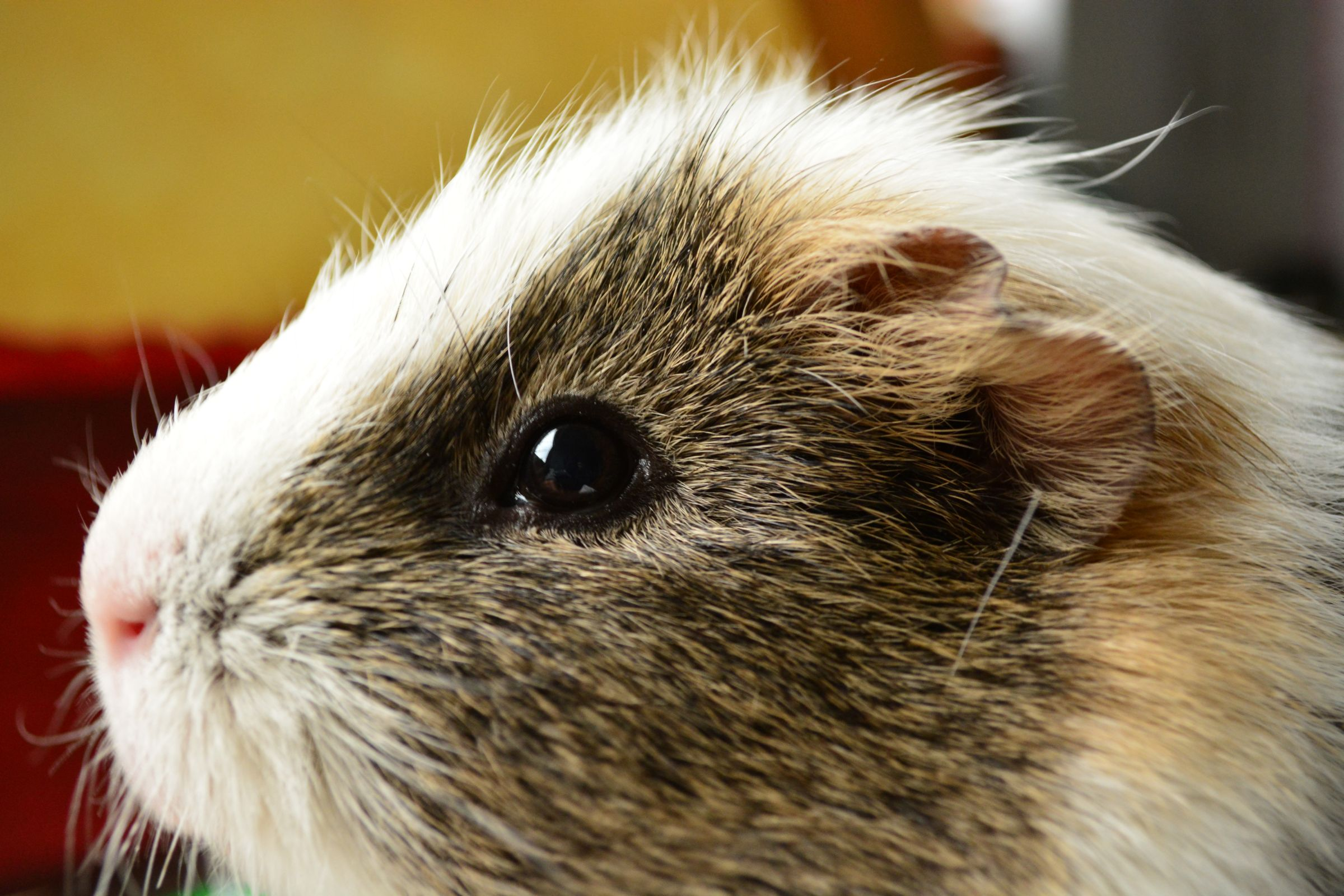 Guinea pigs are interesting creatures, and there is a lot to learn about them. Here are some frequently asked questions about guinea pigs and their vision.

Do guinea pigs see better in the daytime or at night?

Do guinea pigs see in color?

How do guinea pigs see in the dark?

Guinea pigs use their other senses, such as hearing and smell, to navigate in the dark. They also have a layer of reflective tissue behind their retina, which helps them to see shapes and movement in low light conditions.

Do guinea pigs have good eyesight?

No, guinea pigs do not have good eyesight. This is because they are nearsighted and have poor depth perception.

What do guinea pigs see when they look at you?

Guinea pigs see you as a large, blurry object. This is because they are nearsighted and their eyes are set far back on their head.

Guinea pigs can go blind from a variety of causes, such as cataracts, glaucoma, and other eye conditions.

Guinea pigs can see the images on a TV screen, but they are not able to process the information as we do.

Do guinea pigs have a favorite color?

There is no such thing as a favorite color of all guinea pigs. You’ll just have to experiment with different colors to see what your pet likes best.

Do guinea pigs dream in color?

There is no way to know for sure, but it is speculated that animals dream in black and white.

These are some of the most common questions about guinea pigs and their vision. If you have any other questions, or if you think your furry friend might be having problems with its eyesight, you should take it to the vet for an evaluation.

Guinea pigs have very different eyesight from humans. While they can see colors, they do not see them as vividly as we do.

They also cannot see things that are close up to them very well. Additionally, guinea pigs have poor depth perception.

However, guinea pigs are prey animals, so their poor eyesight is offset by their excellent sense of hearing and smell.